10 Best Museums You Must Visit in Kerala

Top 10 Museums You Must Visit in Kerala

Kerala’s most beautiful aspect is its natural beauty, present in abundance, in the most pristine form. Kerala is also famous for Ayurveda spas and resorts, houseboats, coffee, tea and spice plantations and of course a delectable cuisine.

Kerala also has a rich history, steeped in culture and art; and this rich heritage is displayed in museums, across the state. The museums give a glimpse into Kerala’s rich past, its traditions and architecture, and are worth a visit.

Let’s walk you through 10 best museums in Kerala –

The Hill Palace Archaeological Museum is housed in a heritage property, that spreads across 54 acres and dates back to the 19th century. The estate that once served as the royal residence and administrative offices of the Maharaja of Cochin, has 49 structures. 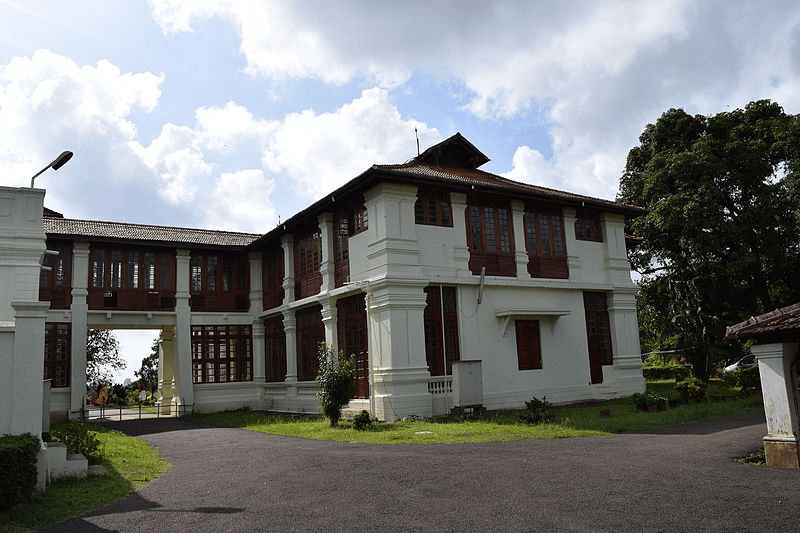 The Hill Palace Museum complex comprises of the archaeological museum and a heritage museum, in addition to stretches of greenery, where deer roam freely. The grounds also have an artistically landscaped prehistoric park, a children's play area and rare varieties of medicinal plants planted all over the estate.

The museum exhibits heirlooms of the Cochin Royals, such as a precious stone studded gold crown and other equally precious ornaments. Ornate beds and exquisitely carved seats covered in the rich fabric provide a glimpse of the grandiose lifestyle of the royals. Fine crockery and silver tableware are also on display.

Other exhibits include old paintings, stunning marble and stone sculptures and arms used in battles as well as a collection of rare coins.

The museum is open between 09:00-17:00 hours, on all days except for Mondays and national holidays.

The Napier Museum building is an impressive structure, built in 1880 with Gothic style roofs and towers, and an indigenous air-conditioning system, which keeps the interiors cool, naturally. 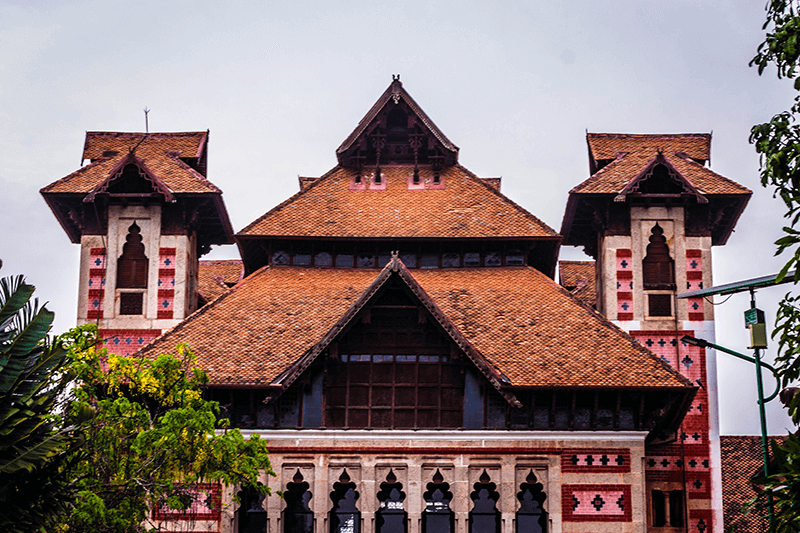 The prized collection includes antique ornaments, intricately carved ivory artefacts, bronze and other metal statues belonging to different eras and a lot of other interesting and valued items. Also, on display is a temple chariot.

The halls of the Sri Chitra Art gallery, showcasing the works of the famed Raja Ravi Verma. Especially fascinating are portraits of erstwhile royals; the artist’s mastery of the art is clearly visible in the fine details captured in all the paintings.

Other sections of the gallery have the works of Nicholas Roerich, a Russian artist of eminence. Another section displays artwork from the Mughal and Rajput era and Tanjore paintings.

The museum is closed on Mondays and national Holidays, and is open post noon on Wednesday and remains open on all other days, between 10:00-16:45 hours.

Also Read:  Ideal Trips in Kerala on Your Holidays in a Self Drive Car

When literally translated Kuthiramalika means Palace of horses. And true to its name, the museum has as many as 122 wooden statues of horses. The museum is a double-storeyed building that exemplifies the traditional architecture of the region. The use of rosewood, teakwood along with granite and marble in the building’s architecture, gives it a stately look. 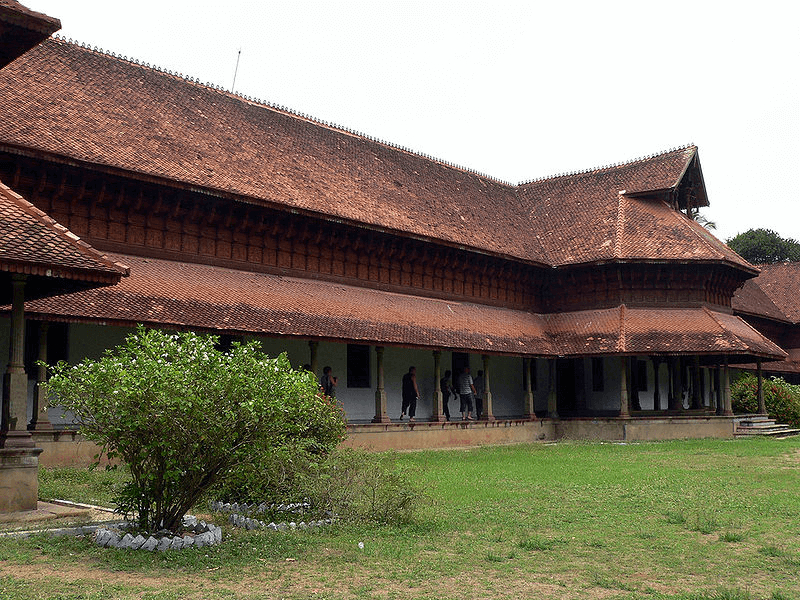 Constructed in the 1840s, by the Maharaja of Travancore, the building is located close to the Sree Padmanabhaswamy Temple, in the state capital, Thiruvananthapuram.

The museum has an extensive collection of marble figurines and idols, Kathakali figures and a special collection of Belgian mirrors and canvases.

The Kerala Folklore and Culture Museum opens doors to Kerala’s rich heritage. The museum gives visitors a glimpse of architecture exclusive to Kerala, and also the ancient performing arts, of the region. The building is beautifully designed and uses wood, laterite stone and clay tiles. 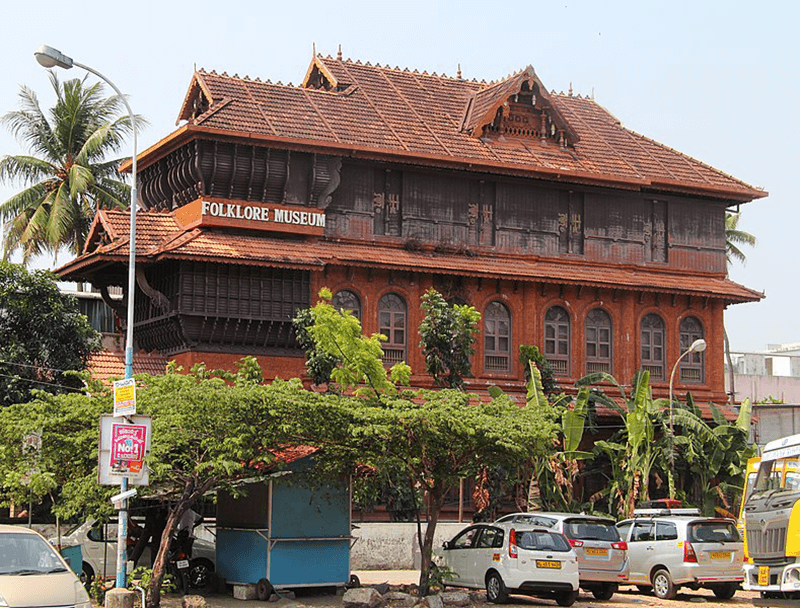 The museum has an amazing collection of period pieces, ranging from antique window frames to antique chairs. The stone and metal sculptures, from different periods in history, need a special mention. Also, on display in the museum are costumes of different dance forms and a lot of other fascinating artefacts.

This museum displays driftwood in a rather unusual form. A lady from the Andaman Islands collected pieces of driftwood that washed ashore and shaped them to give them a form. She used her artistry to turn washed away pieces of wood into things to admire. 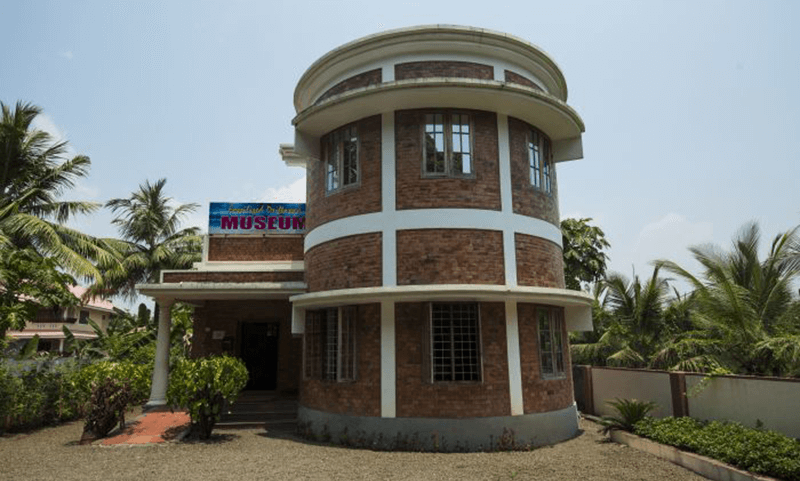 Her work is exhibited in the Bay Island Driftwood Museum. As you’ll see it is a praiseworthy collection; the artist identified different shapes in the dead pieces of wood and gave them new life. You’ll enjoy the animals and birds crafted out of driftwood.

The building housing the archaeological museum was once a Palace. Today it displays different types of archaeological finds, such as murals, ancient manuscripts written on dried palm leaves and plaster of Paris casts of temples. 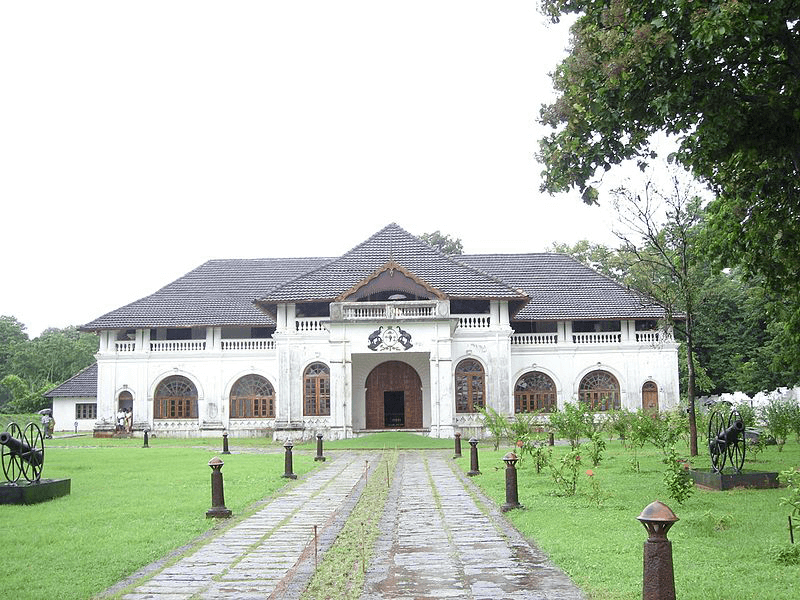 The museum remains closed on Monday and national holidays.

The Science and Technology Museum in Trivandrum showcases working and animated models of various gadgets and machines. The museum also has a planetarium that runs science-related programmes at noon. 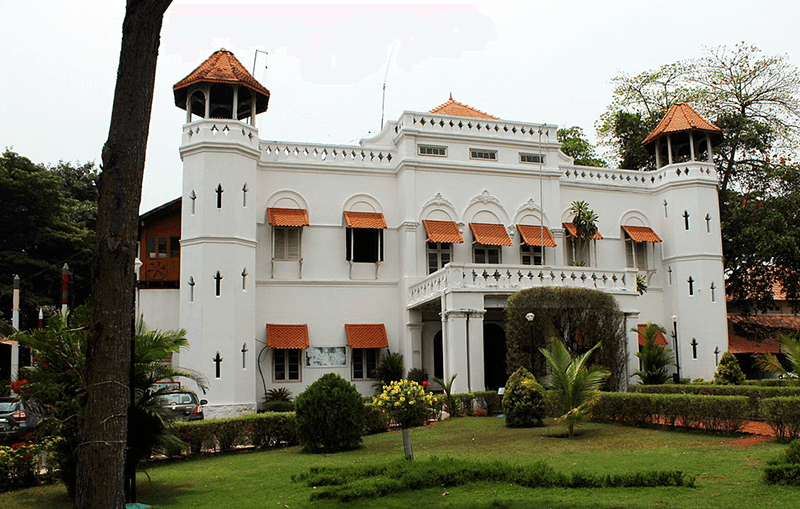 Visitors are allowed to climb up to the observatory that is at a height of 60 metres. It gives a panoramic view of the city. 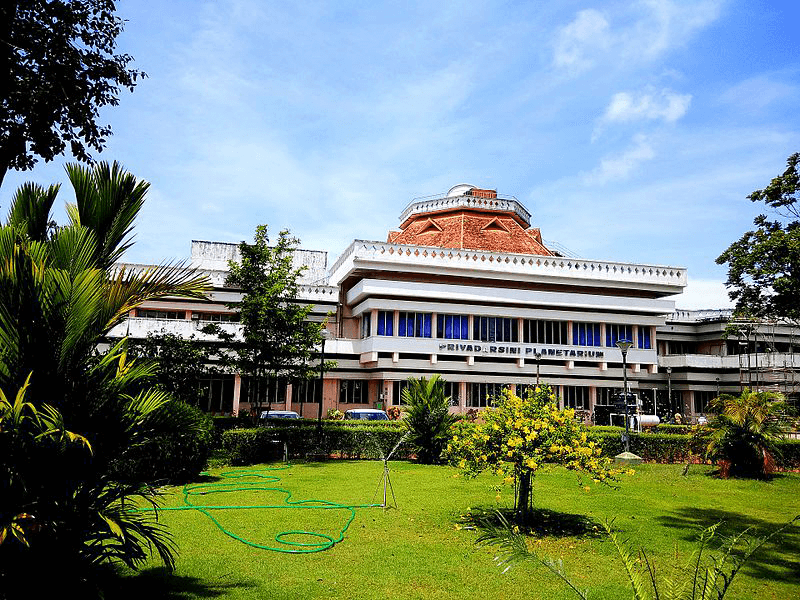 The sky theatre in the Priyadarshini Planetarium is regarded as one of the finest horizontal domed Planetarium. It has a seating capacity of 184. Regular demonstrations on the universe, stars and planets are shown here. 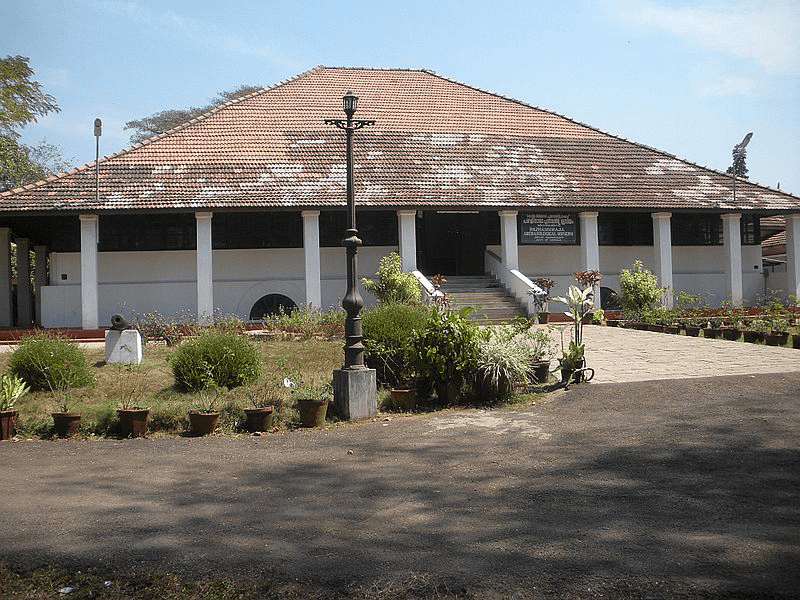 The Pazhassi Raja Archaeological Museum was formerly known as the East Hill Bungalow. It was rechristened in 1980. The museum has an excellent collection of articles, dating back to the Megalithic Age and the Indus Valley Civilization. The collection includes coins, sculptures and pottery. Also, on display are burial urns and tombstones of chieftains of ancient times.

A section of the museum is dedicated to panchaloha idols – these idols are crafted from a special alloy that used 5 metals. 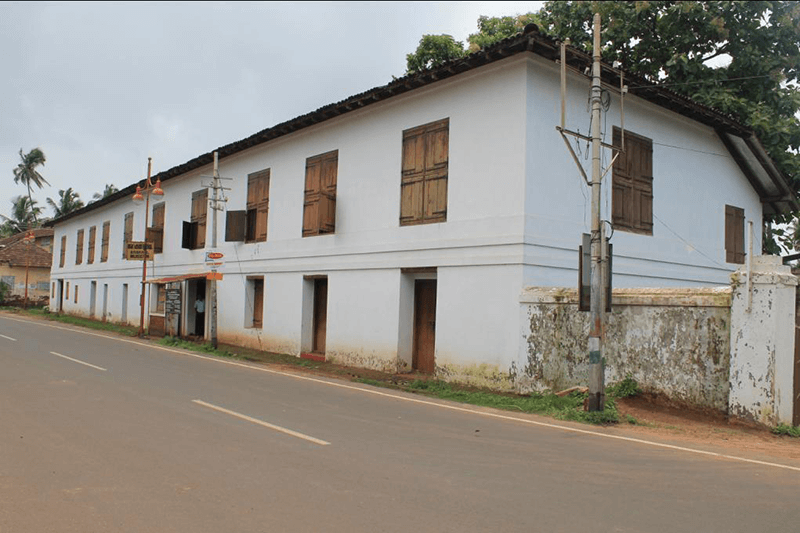 The Arrakkal Museum is unique because it is maintained by the only Muslim royal family in Kerala. The royal family has converted the Durbar Hall into a museum. The royals exhibit antique furniture, pottery, lamps and costumes that belonged to their ancestors. It is not a very large museum, but the items on display are worth viewing. 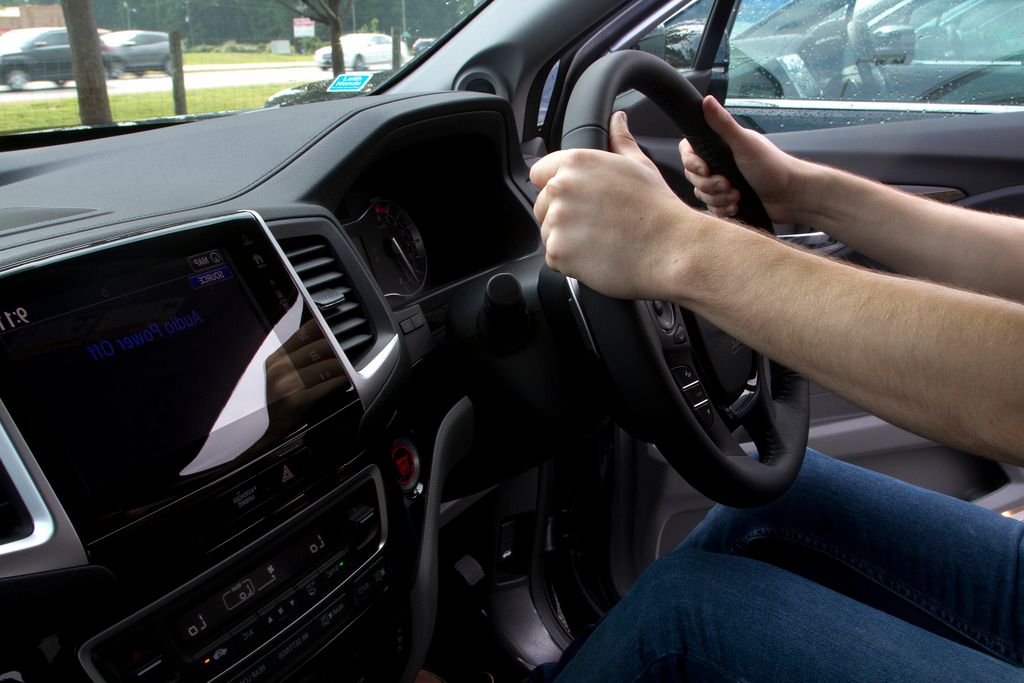 Why The Self-Drive Trips Are So Fun 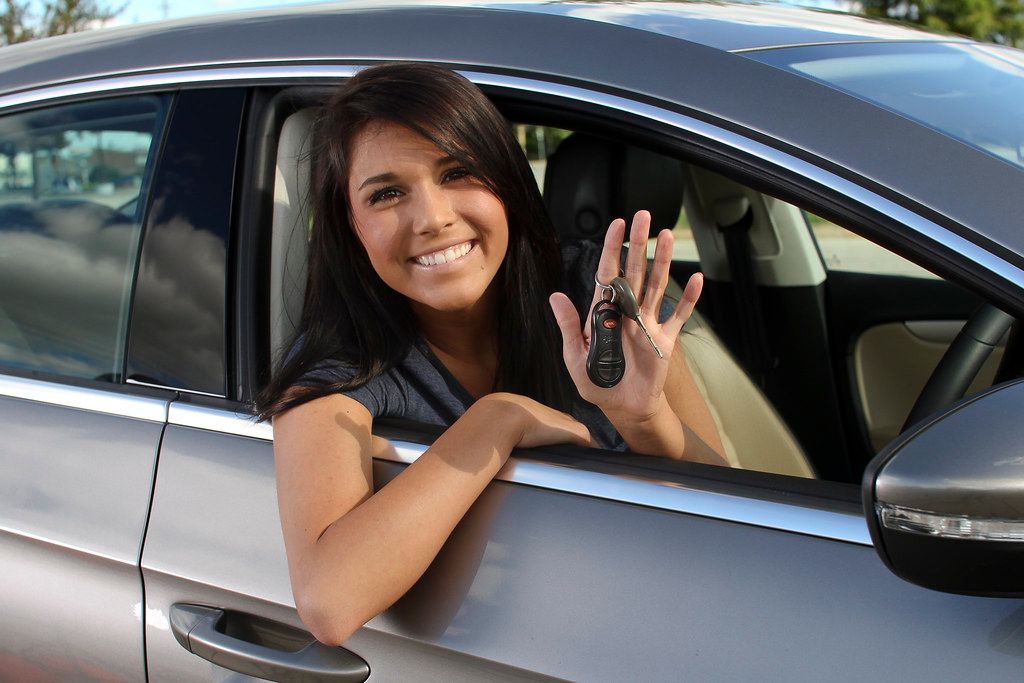 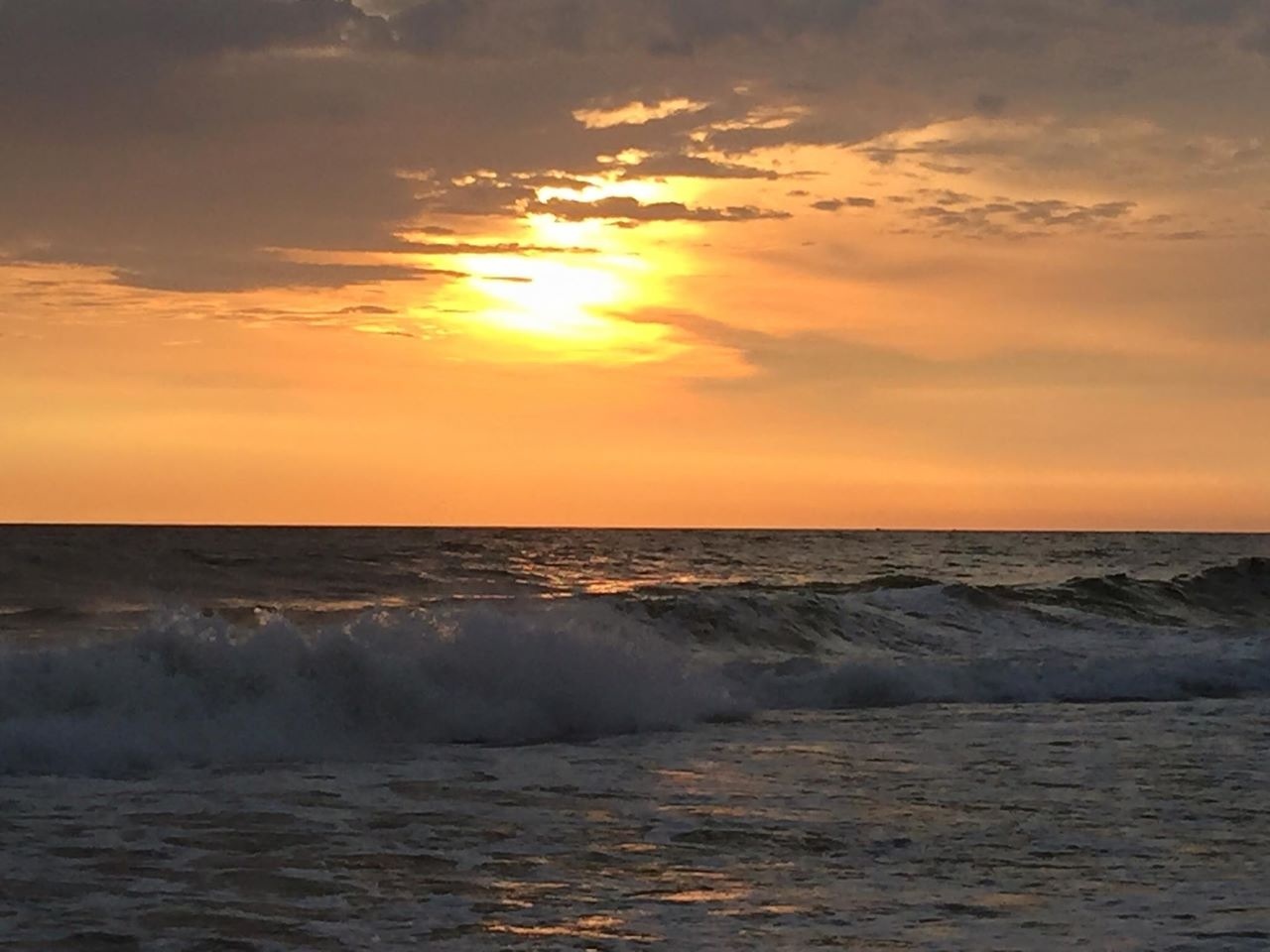 5 Beaches to Visit Near Kochi, Kerala 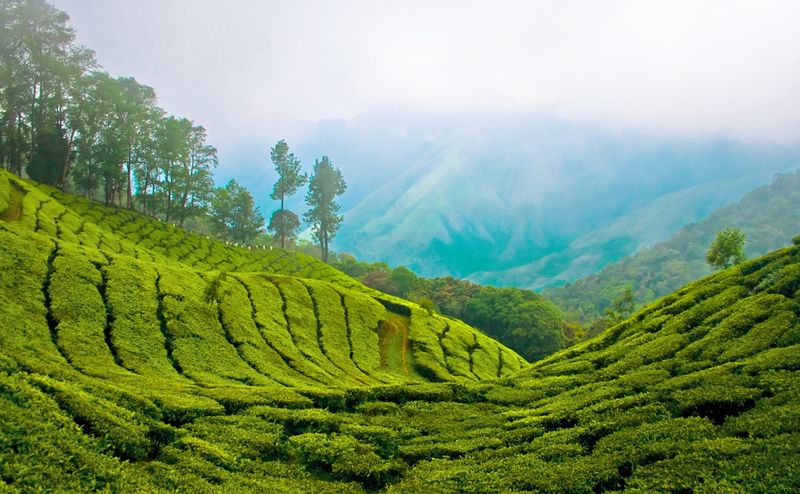 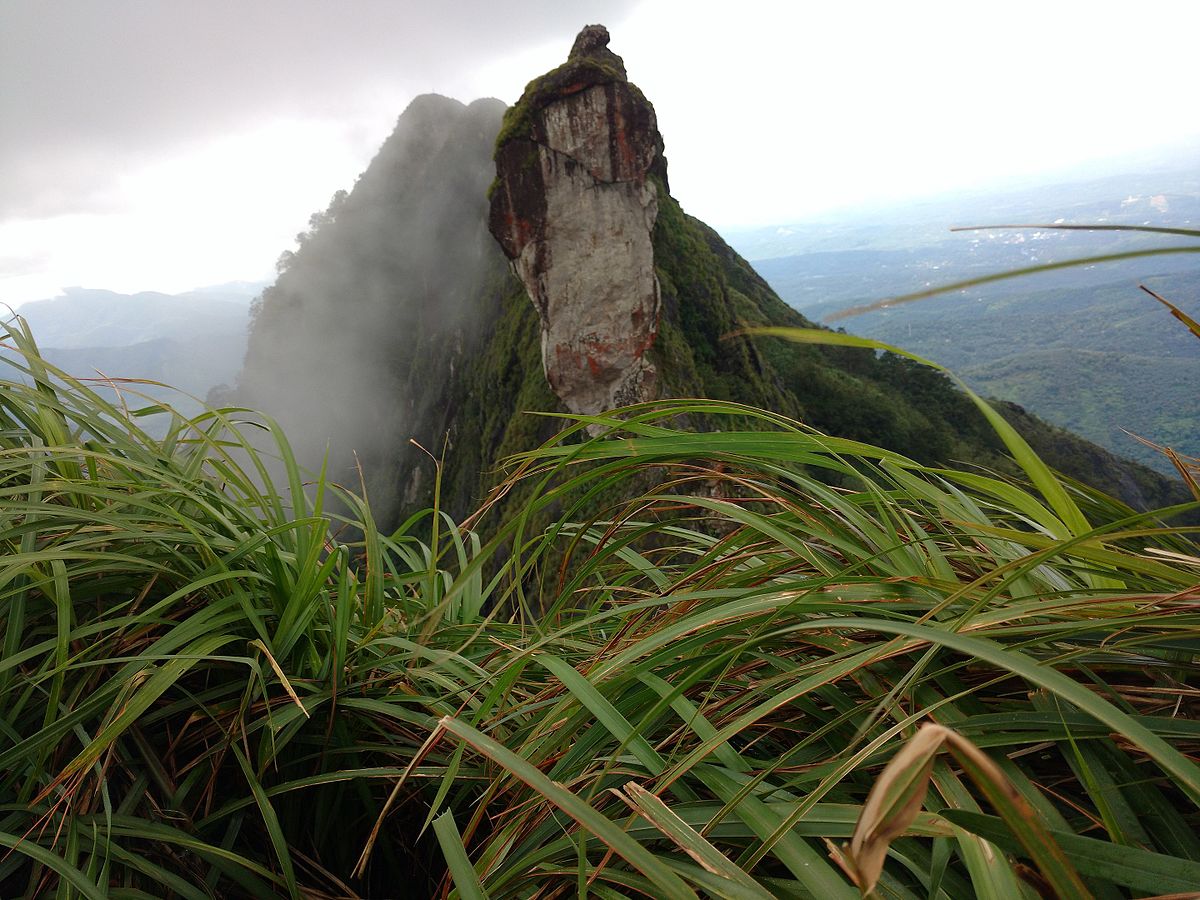 1 Day Self Drive Trip from Kochi to Illikkal Kallu 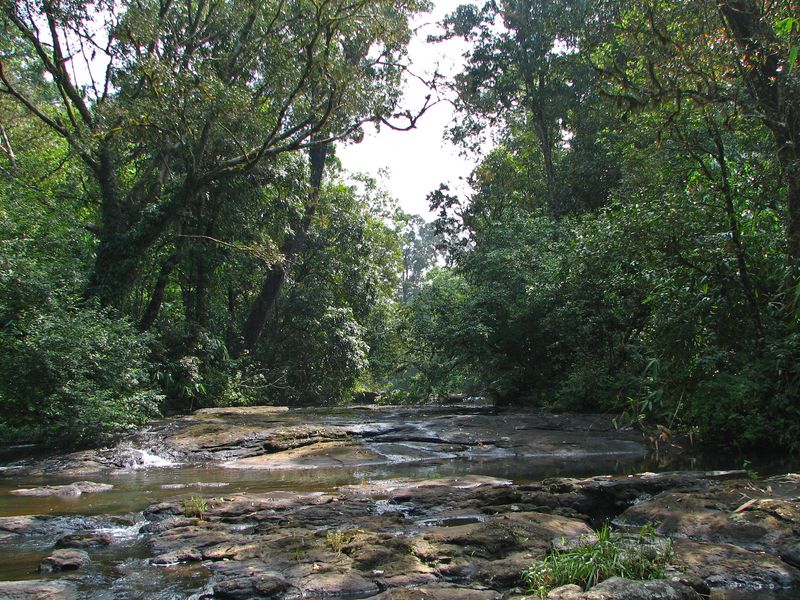 Trekking Places in Kerala you Must Visit Once 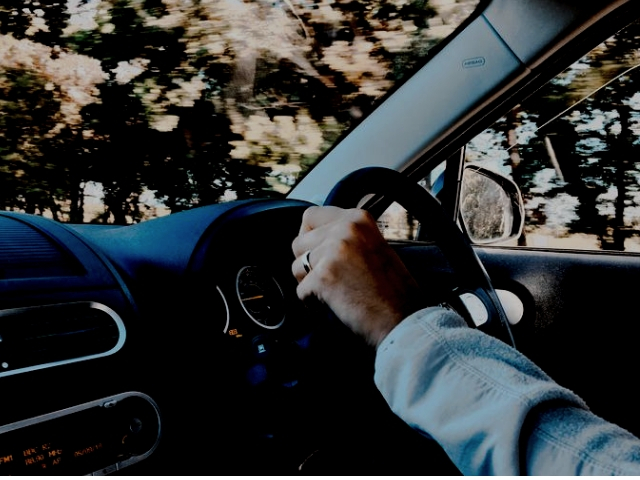 Why Rent a Car From an Authorized Company 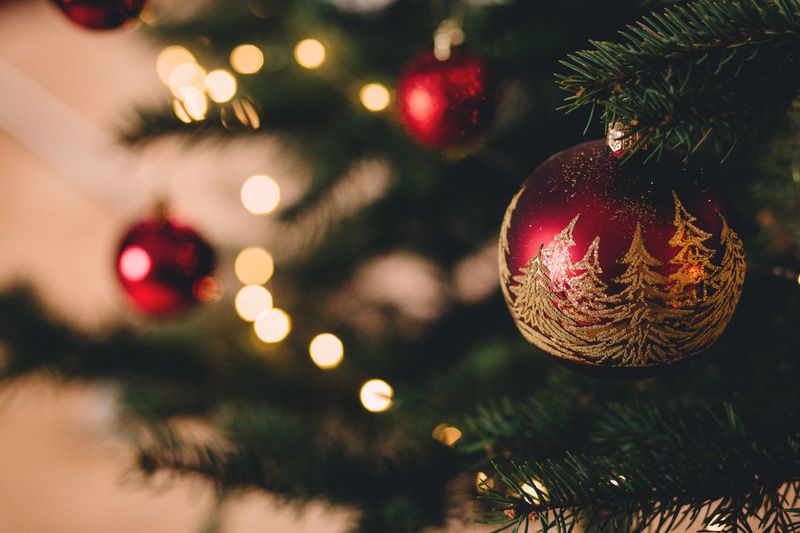 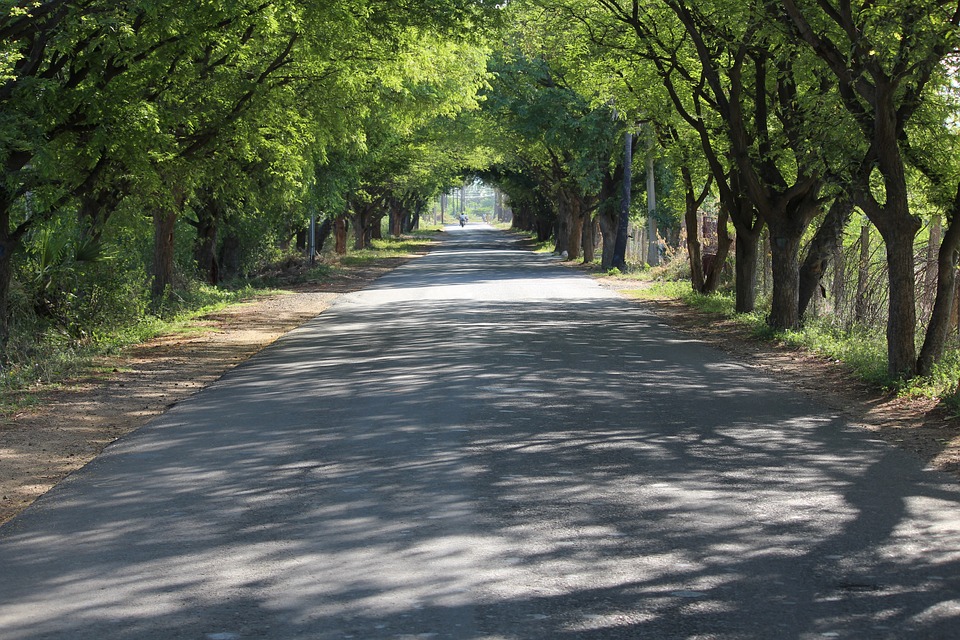 Ideal trips in Kerala on Your Holidays 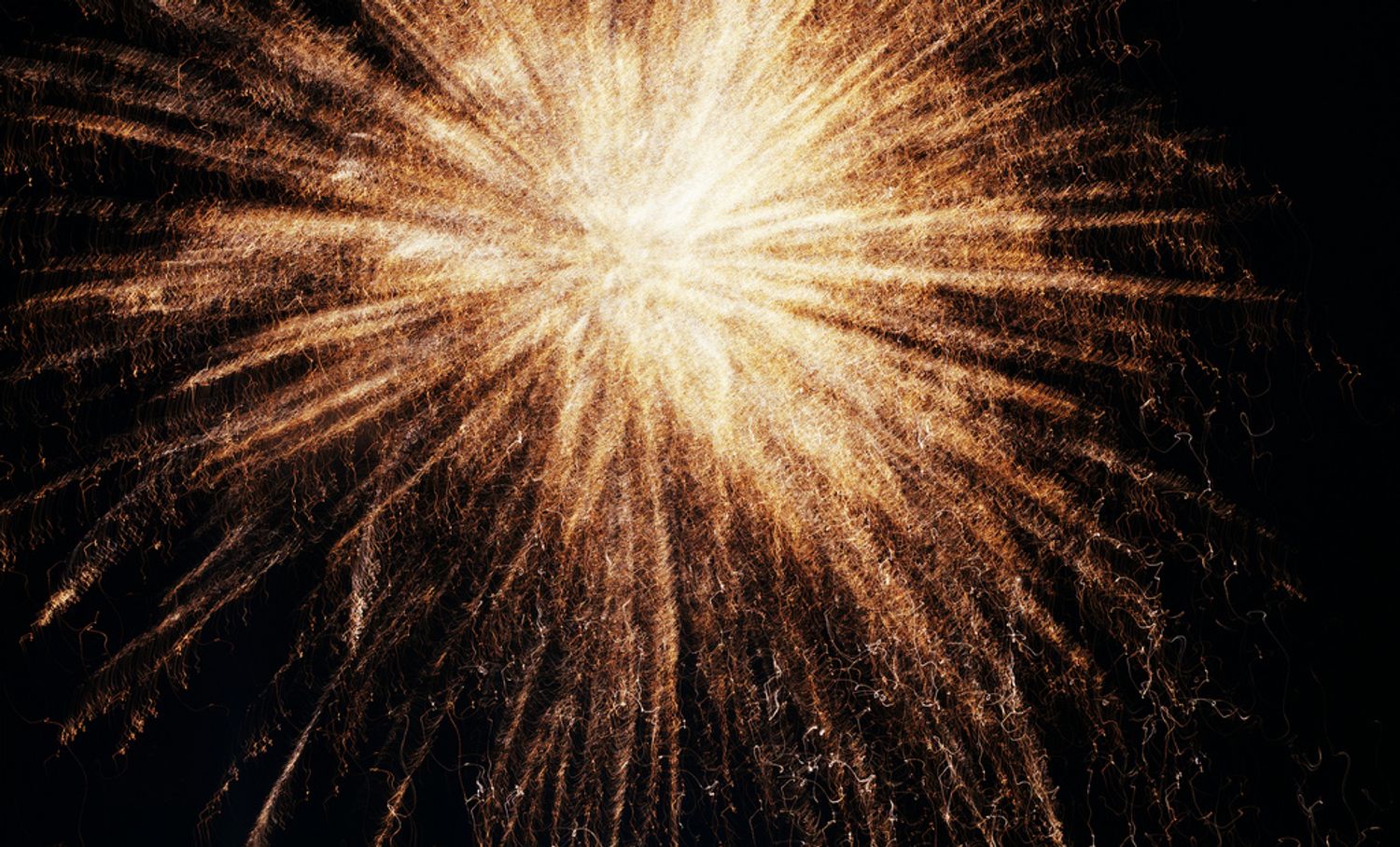 Why The Self-Drive Trips Are So Fun

5 Beaches to Visit Near Kochi, Kerala

1 Day Self Drive Trip from Kochi to Illikkal Kallu

Trekking Places in Kerala you Must Visit Once